I thought I would start off this Blog the way my summer started, with an exhibit in LaGrande at the Art Center at the Old Library. Last summer I had two photographs juried into the ArtsEast Artists of Eastern Oregon Biennial 2014 Exhibit. I was one of four artists awarded "Honored Artist" and we had the opportunity to be featured in a subsequent exhibit June 2015. This photograph is of me with the five pieces that were featured in that exhibit. 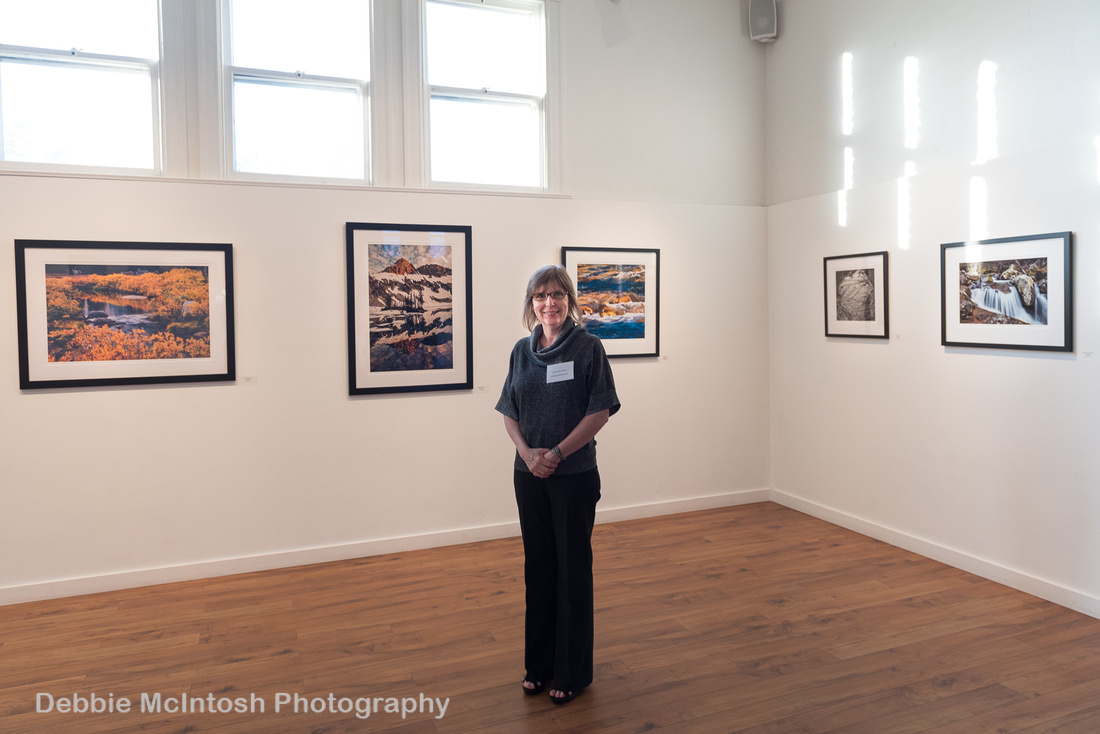