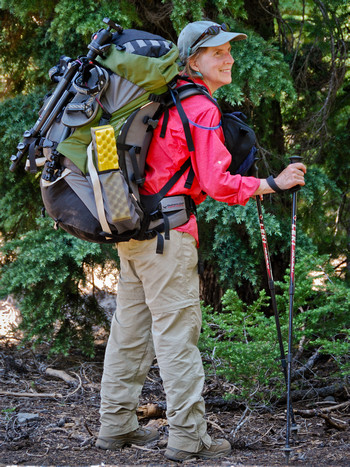 "It was the desire to capture breath-taking moments in nature and share them with others that led me to the art of photography. Now that I've retired from my first career, I have more time to experience nature's wondrous complexity. The essence of each ephemeral, awe-inspiring moment, whether close to home or far away, becomes the inspiration for each image."

Debbie lives in Pendleton, Oregon. Her fine art nature photography is becoming recognized throughout the region. Debbie's photography was first honored with the Jacqueline Brown People's Choice Award in the Arts Council of Pendleton 2012 Open Regional Photography Exhibit. In 2013, her duo show, "Natural Impressions," with Lindsay McIntosh-Tolle (blown glass artist), was featured at the Betty Feves Memorial Art Gallery in Pendleton. Also in 2013, the new St. Anthony Hospital in Pendleton commissioned seven photographs, including one ("Highlights") measuring 80"x34". Two of her photographs were juried into the ArtsEast Artists of Eastern Oregon Biennial 2014 Exhibit and Debbie was recognized as one of four honored artists. These artists were featured in the ArtsEast Honored Artists Exhibit in June 2015. Most recently, in 2015 she was awarded first place in both the Wild Landscapes of Eastern Oregon Photography Exhibit at the Josephy Center for Arts and Culture in Joseph, Oregon and the Wallowa Valley Festival of Arts juried art show.

Her photographs are frequently on display (and for sale) at venues throughout Pendleton, including Pendleton Art+Frame and Blue Mountain Community College.